We had an early start on the second day of our trip in Batanes. We left the hotel at 6:00 am to make it on time for the boat ride to Sabtang Island. 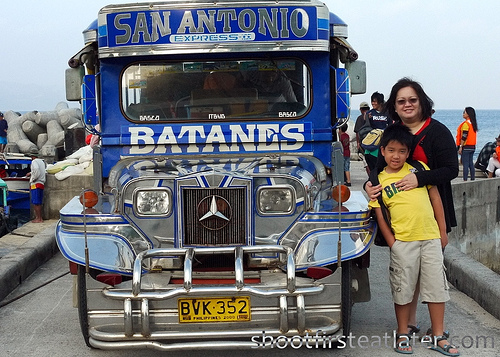 We weren’t late but there was a big group ahead of us so we had to wait for the next trip. A lot of bags of sand were also loaded into the falowa  or round-bottomed banca. All the supplies were transported this way to Sabtang.

While waiting for the next falowa to arrive we walked around the port. This church was right across the Ivana Seaport.

We also went to the famous Honesty Coffee Shop. There wasn’t anyone manning the small store. Instead all the snacks, souvenirs and props were labeled with prices and a container was placed on the counter to put in your payment. There were three ladies there eating instant noodles which they made themselves with the hot water provided. Even hard boiled eggs were available.

We didn’t want to buy the rain gear or vakul (Ivatan headdress) but we wanted to take pictures of the kids wearing them. So we paid P10 for the rental as the sign suggested. 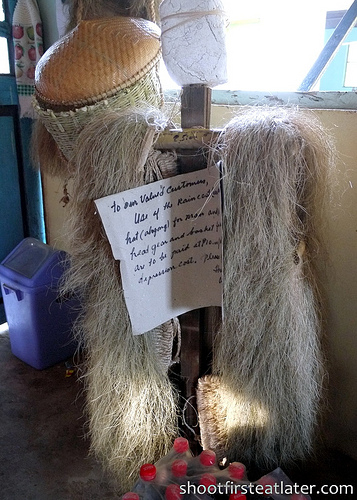 The one on the right is the vakul or woven headdress worn by women. Zak said it was heavy and itchy. The vest on the left is worn by men.

The falowa ride to Sabtang took 30 minutes. My friend Raymond told me to sit on the end of the boat to avoid the fumes from the engine. Did we listen? Noooo. Well, we didn’t have any choice because the others used to riding the falowa descended quickly and occupied both ends of the banca leaving us poor tourists to sit in the middle smack dab where the engine was.

Here are some tips on riding the falowa. Thank you Raymond!
1. Sit up front or the at the back faw away from the engine.
2. Wear a windbreaker to avoid getting wet. Sometimes you luck out and don’t get splashed.
3. Bring a garbage bag or a waterproof bag to protect your bag and camera gear from more splashes.
4. Take Bonamine before riding the falowa.
5. Wear sandals or flip flops. I guarantee your feet will get wet.

The falowa was manned by two people. The ‘captain’ and the ‘engine guy’. 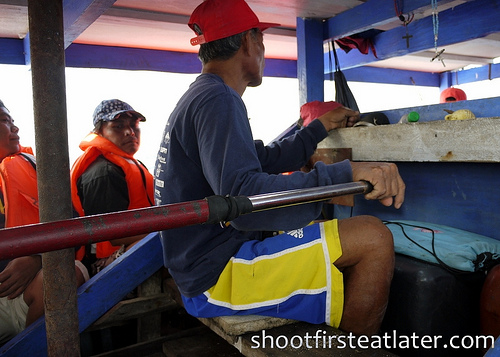 30 minutes felt like an hour with the rough and bumpy ride, fumes and noise from the diesel engine. I was quite dizzy but I managed to zone out and even fell asleep. Some in our group threw up. I really hoped the place was worth it since I really hated the falowa ride.

The San Vicente port looked good from the falowa.

Our first stop was the municipal tourist information center where we had to register our names and ages.

This was the view from the back of the tourist center.

Basco, the capital of Batanes was located on Batan Island, the most populous of all the islands.

The tourist center had 3 rooms you can rent if you wanted to stay overnight in Sabtang or if they cancel the falowa ride due to bad weather and you had no choice but to wait until it is safe to travel.

As we were about to leave the young mayor arrived in a police vehicle. He didn’t have a car because we were using his van and driver to tour around the island. Thanks mayor!

We saw many arches around the island with the words Dios Mamajes. It means God Bless You.

Our next stop was the village of Savidug.

Hundreds of years ago people lived in these lime and stone houses.

The stone walls were really thick. 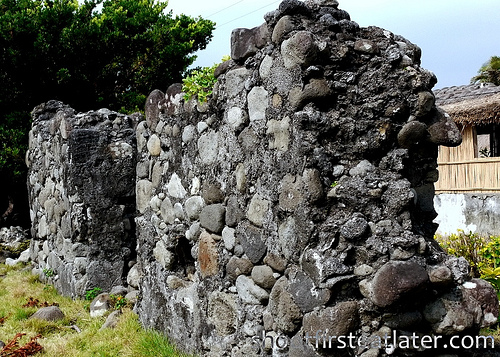 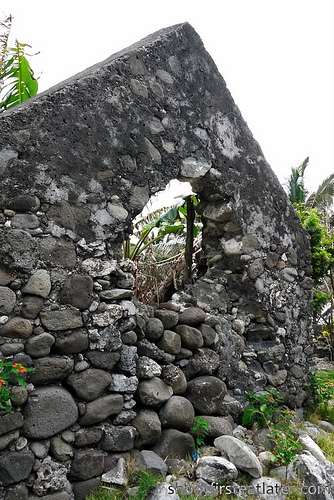 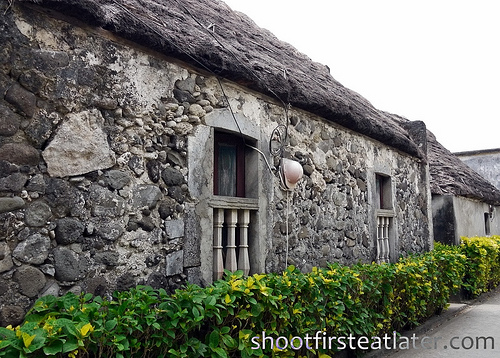 Some color amidst all the stone. 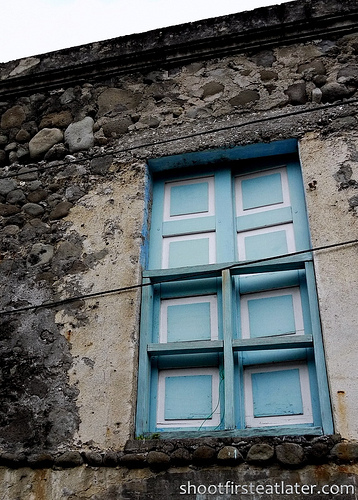 I call this the Ivatan tricycle.

I felt so hot and still a bit woozy so I skipped most of the walking tour and took refuge in this thatched hut. It was quite cool inside.