I gave up my precious free time supposedly for shopping the Great Singapore Sale to meet with my dear friend and blogger Frannywanny and I didn’t mind one bit. Fran and her hubby Paul just moved to Singapore and I promised her I would visit her.

Both Fran and my cousin Jim suggested Wild Honey as a place I should try so I agreed to meet them at Scotts Square which was just across Ion Orchard where I was supposed to go shopping. 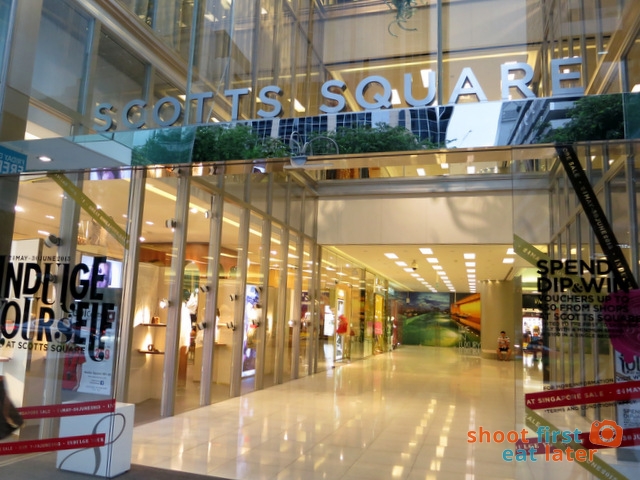 Since I arrived early I went to the basement level to Maison Kayser for some French goodies.

I wanted to buy the super, duper delicious dark chocolate chip cookies which I bought in their Hong Kong store (I have yet to blog about this) but they didn’t have the same varieties in Singapore. I just bought the chocolate hazelnut cookie which wasn’t bad but it was no comparison to the cookie I was looking for. The brownie was very dense and fudgy.

I also bought the Earl Grey tea and dried orange peel bread for my breakfast the next day since I didn’t like the offerings at Days Hotel. It would have tasted better if I had access to a toaster but it was more satisfying than what I would have eaten at the buffet.

It seems serving breakfast fare all day is not only popular in Manila but also in Singapore with places like Wild Honey. 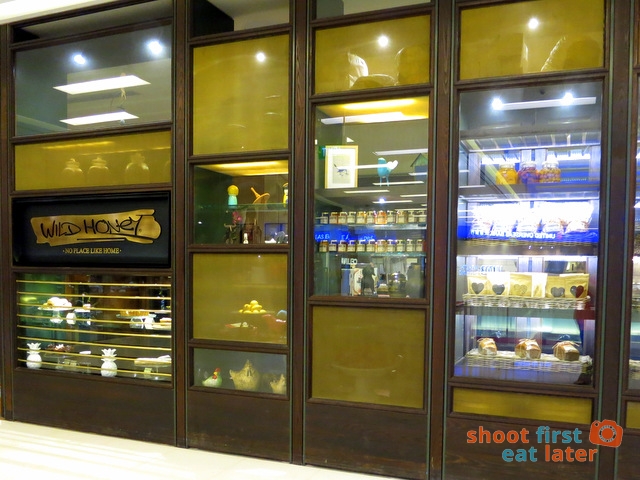 I already knew what I wanted to order but seeing the huge cranberry scones and mushroom quiche in the store display put me in a quandary. 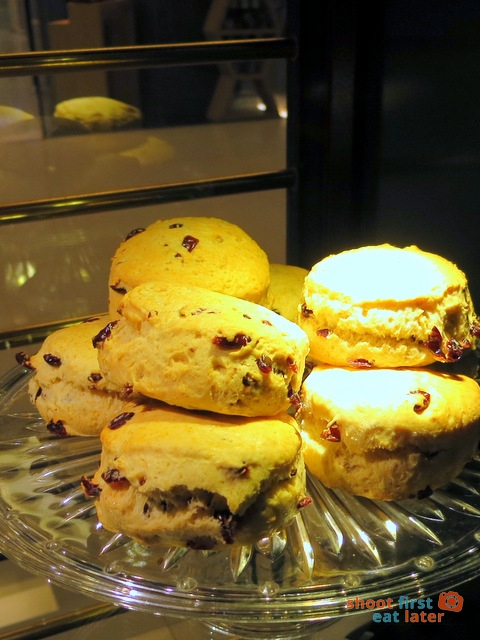 I was so happy to see Fran and Paul even though it was only a few months since I last saw them in Manila. I also want to thank Fran for making the trip to Singapore happen.

Fran was on a diet (bad word) so she just ordered a salad topped with thick brioche bread (carbs) and goat cheese which I didn’t see but she assured me was somewhere under the bread tent.

She had a side order of fresh mushrooms to cheer her up.

Paul lost a substantial amount of weight (hate him ;p) in Singapore so he deserved this humongous sandwich filled with scrambled eggs, back bacon, tomatoes, Swiss Cheese and smoked paprika aioli. I’m sure it was good since there was no leftovers.

I tried some of those potatoes and I couldn’t believe how good it was. Could it be a different kind of potato or was it fried in duck fat? Whatever their secret in cooking the potatoes was we all loved it!

My cousin Jim had the English breakfast which was a buffet on a plate with scrambled eggs, bacon, Cumberland sausage, awesome potatoes, baked beans and grilled tomato with their signature brioche. My cousin may be slim but he sure can pack away lots of food. Just like Paul his plate was shining white when he was done. I guess that meant everything passed his taste or he was just really hungry.

I deliberately chose something I haven’t seen in any menu in Manila and that’s the Tunisian which was served in a cast iron pan. My breakfast was actually of Tunisian origin and is called Shakshouka, a dish of eggs in a spicy sauce of tomatoes, red peppers, onions & chili and lots of sliced chorizo.

I really liked the combination of oozing egg yolk, spicy tomato sauce and chorizo eaten with their soft, thick brioche. They weren’t stingy with the chorizo slices either. All I left behind were all the diced hard red pepper since I’m really fond of that. It was a good breakfast dinner and I enjoyed the experience of eating something I’ve never had before.

We had a fabulous night catching up on gossip and news that the manager had to inform us they were closing soon. Hello? Closing at 9:00 pm? Since we weren’t ready to part company they walked with me to Ion Orchard Mall to meet up with my companions to have dessert.

I was thrilled to find green tea gelato. It was the first time I’ve encountered matcha flavor in an Italian dessert and I must say they did an excellent job of infusing a strong green tea flavor in the creamy gelato.

Thanks for the breakfast dinner Fran and Paul and I will see you again in Singapore one of these days!!!

One thought on “Breakfast for Dinner at Wild Honey”