One of the most popular attractions in Victoria, Australia is the Twelve Apostles, a collection of limestone stacks found in Port Campbell National Park.

We went to Twelve Apostles using a rental van. It took us more than 4 hours to get there from Melbourne via the beautiful and scenic Great Ocean Drive. It’s best to allocate a whole day for this trip. 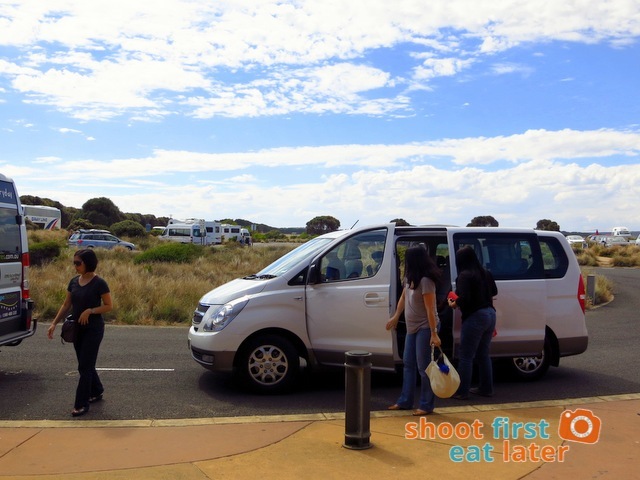 If you’re pressed for time you can also take a helicopter ride and arrive in style.

I almost turned back when I saw this sign at the entrance. Thank goodness I didn’t encounter any slimy creature. 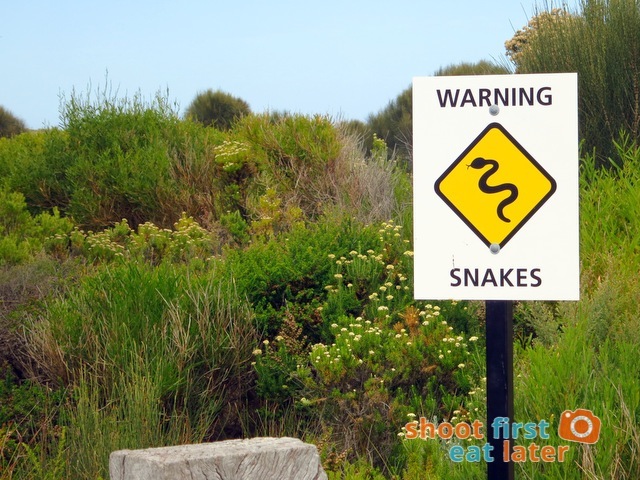 The apostles were formed by erosion: the harsh weather conditions from the Southern Ocean gradually eroded the soft limestone to form caves in the cliffs, which then became arches, which in turn collapsed; leaving rock stacks up to 45 metres high. The site was known as the Sow and Piglets until 1922 (Muttonbird Island, near Loch Ard Gorge, was the Sow, and the smaller rock stacks were the Piglets); after which it was renamed to The Apostles for tourism purposes. The formation eventually became known as the Twelve Apostles, despite only ever having nine stacks. source

We continued walking down for an even better view of the rock formations. 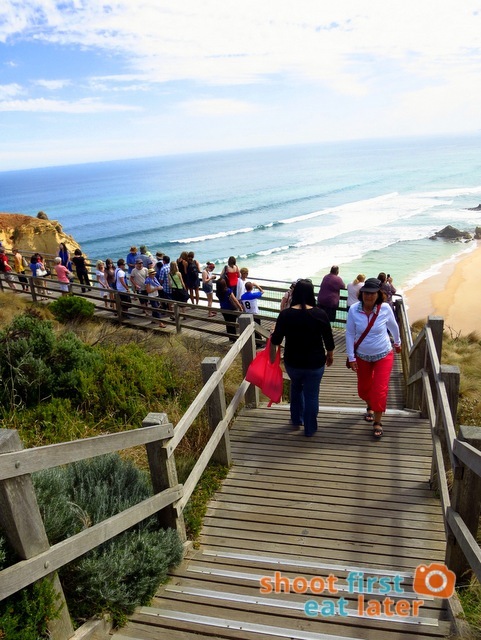 At first glance you will see 7 rock stacks to the west with the rest hidden by headlands and obscured by other stacks. To the east are a further two rock stacks referred to in local vernacular as Gog and Magog. These two stacks are viewable from beach level via Gibsons Steps car park 1km to the east of the 12 Apostles. source 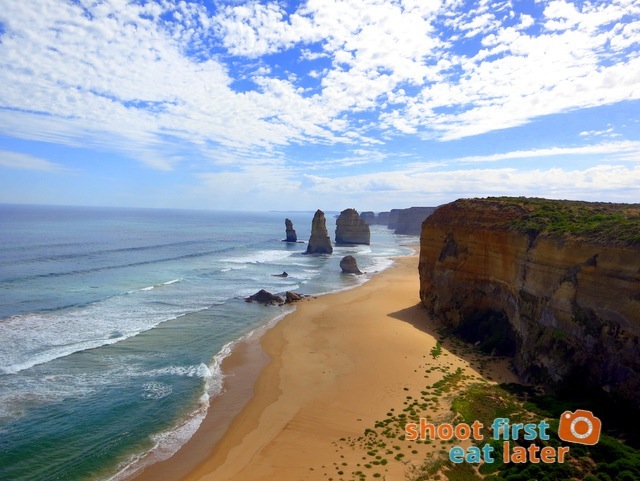 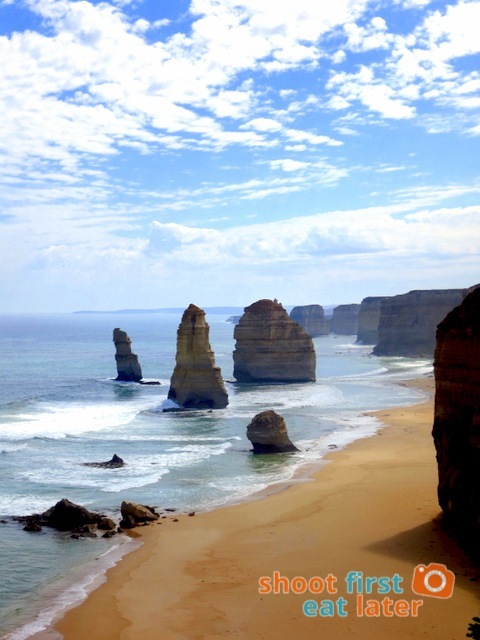 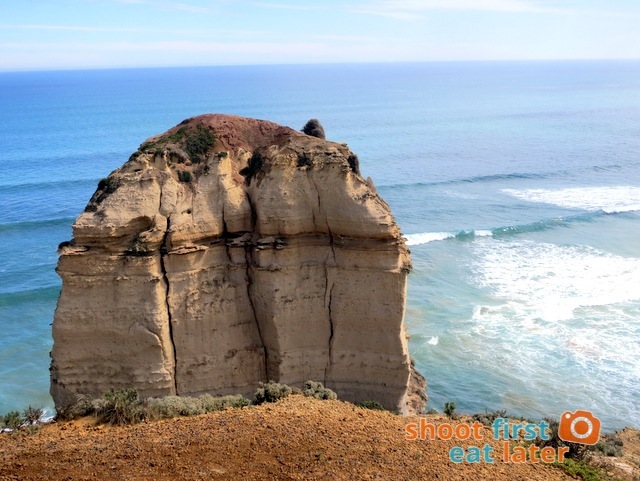 Which ever way you look you will be blessed with gorgeous blue waters that exude a sense of calmness. 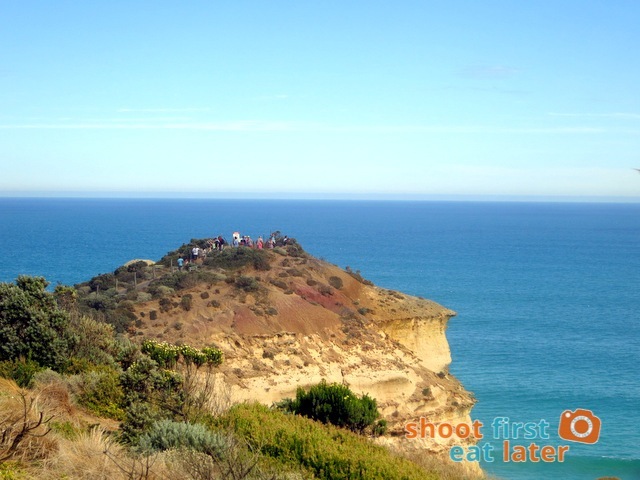 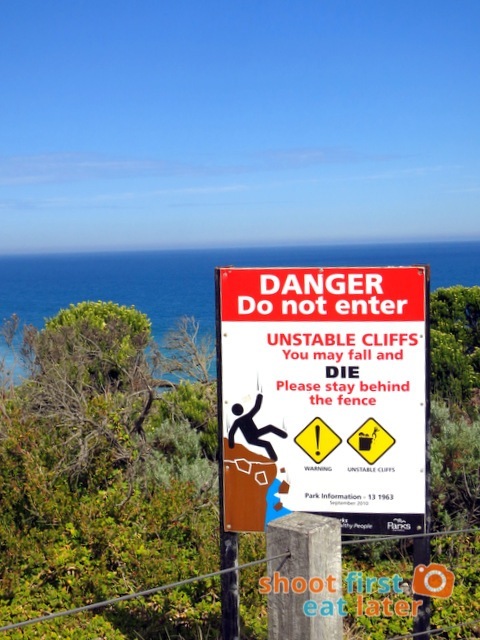 My favorite scene was this side of the view deck. 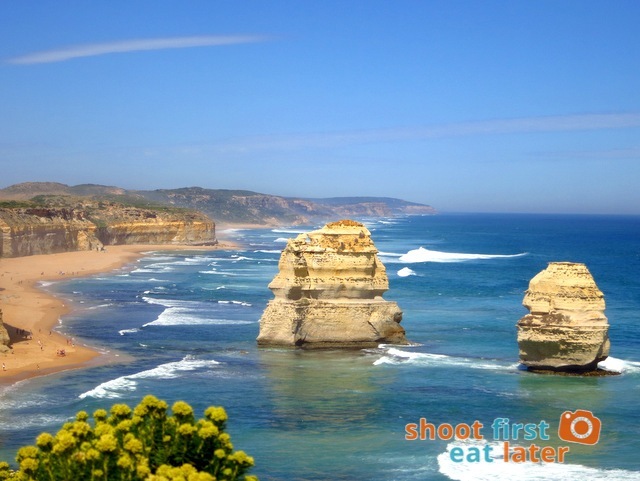 We also took tons of solo pictures too which I will spare you of.

I saw these Gorge Chocolates at the gift shop. You can also visit their shop which was only a few minutes from the Twelve Apostles. I was able to buy the Buderim Ginger coated in dark chocolate. Spicy and sweet!! 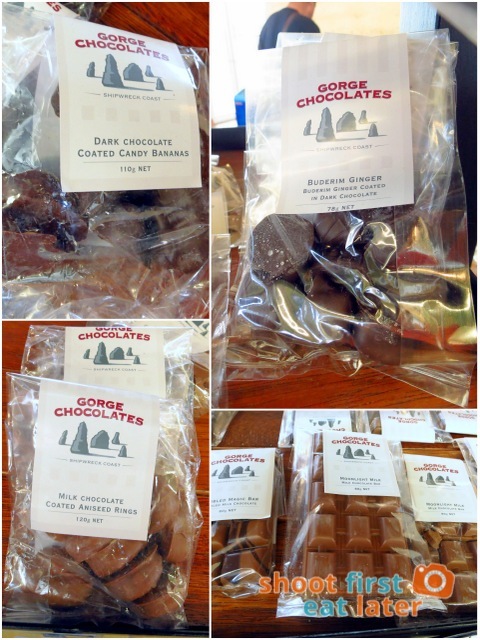 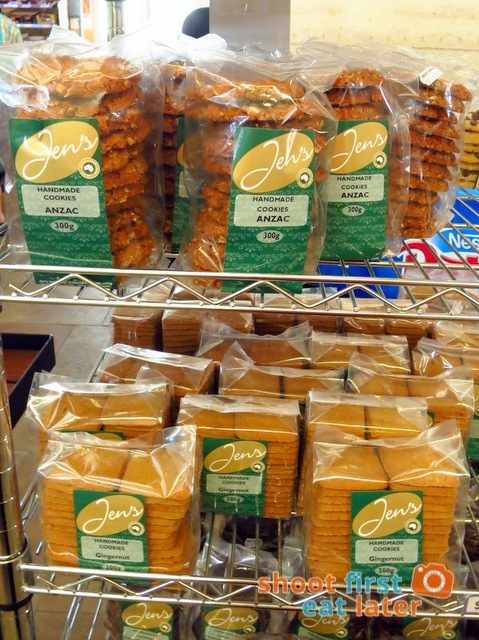 On the way home we stopped by McDonald’s for a bathroom break ONLY. The break turned out to be a snack break since everyone bought something. I wasn’t really hungry but I wanted to try their Angus burger.

I’m a burger snob. I never patronize fast food burgers but a few years ago I tried and loved the quarter pounder of McDonald’s in Perth. It was very juicy and unusually good. I wanted to try another Aussie McD burger to see whether their burgers were really better or it was just a fluke.

The bun tasted just like our very own pan de sal. 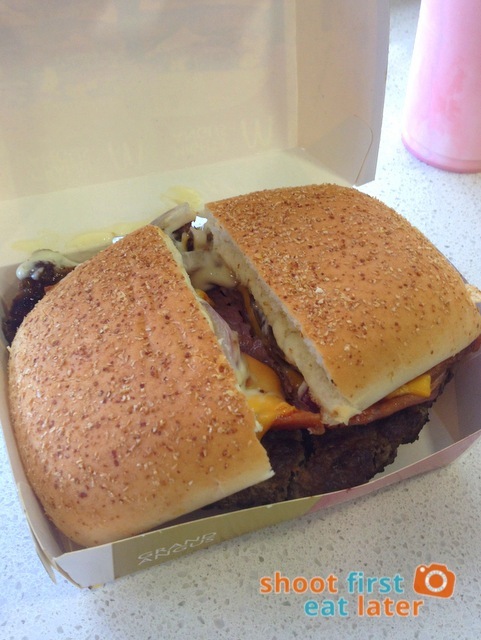 The Mighty Angus was made up of Australian Angus beef, processed cheese, McChicken Sauce, onion relish, red onion and bacon. As you can see there was too much mayonnaise.

The burger was dry and uninspired. It was wee better than the regular McD burger but I still wouldn’t eat this again. I guess my burger in Perth was just a fluke.

I thought we had to travel another four hours to go back to Melbourne but our driver Wayne took a direct road and we arrived in just a little over three hours.

The Twelve Apostles are located on the corner of Booringa Rd and Great Ocean Road in Princetown 3269. They are a part of Port Campbell National Park. The entrance to the car park is 6km west of the township of Princetown and 12km east of the township of Port Campbell. The 12 Apostles are accessible from Melbourne via the Great Ocean Road (4.25 hrs) and via the Princes Hwy (3.25 hrs). source