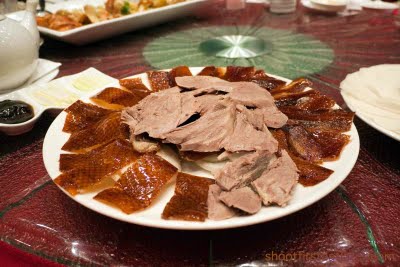 It’s unbelievable but I ate at Choi Garden at lunch and dinner on my birthday! At lunch I treated our office staff but at dinner I was a guest. My birthday happens to fall on the same day as uncle E  so it was his birthday dinner I attended. The food we ate at dinner was far from the from the food we had at lunch in terms of price and choices.

cold cuts
The special treat for dinner was the whole Australian abalone per person. It was really, really tender and flavorful. 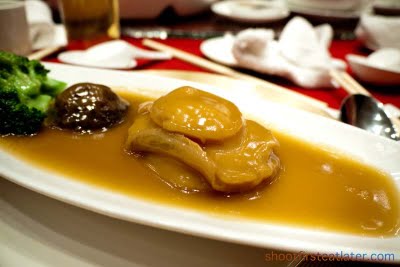 Australian abalone
Next was this giant live lobster. 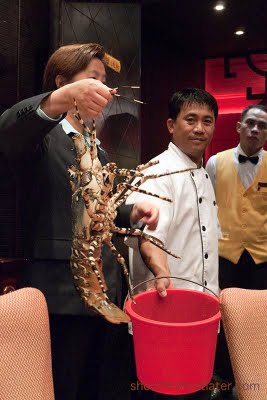 The lobster was cooked in the Chinese way with superior sauce. The sauce was very rich and buttery. The lobster despite it’s size was soft and succulent.

The leftover duck was cut up into pieces, seasoned and fried again. It wasn’t on the menu but they decided to do it for us. It was sooooo good to eat the spicy and tasty bones of the duck. Some pieces had more meat than others but either way it was still good. 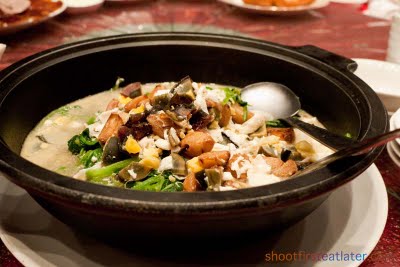 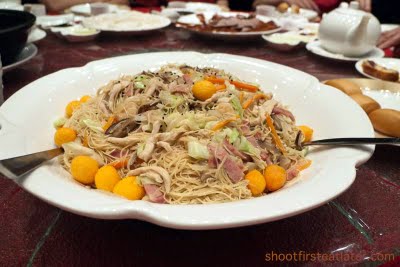 birthday misua
The beautiful caramel birthday cake was from Estrel’s in Quezon City. Estrel’s is well known for their caramel cake.

I brought this lemon torte from Classic Confections.They’re now my favorite cake source.

I love the crunchy meringue layers and the tangy lemon curd. It was a refreshing change from chocolate cakes.

We had the same cake shop in mind. Their family in turn gave me Nono’s chocolate oblivion cake. This in my book is the best chocolate cake in Manila. 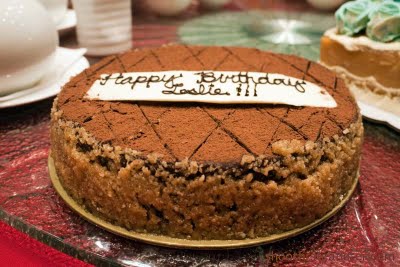