La brought me to Old Town, Alexandria to try one of the most lauded restaurants in the Virginia/DC area, Restaurant Eve.

The restaurant was located in a historic warehouse  that the owners converted into a quaint restaurant. 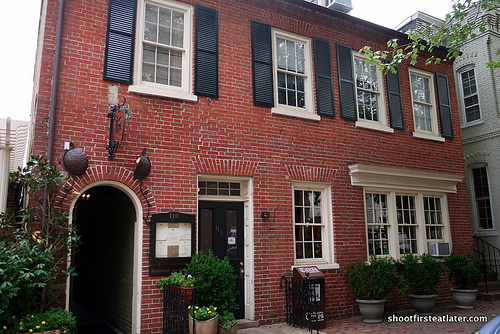 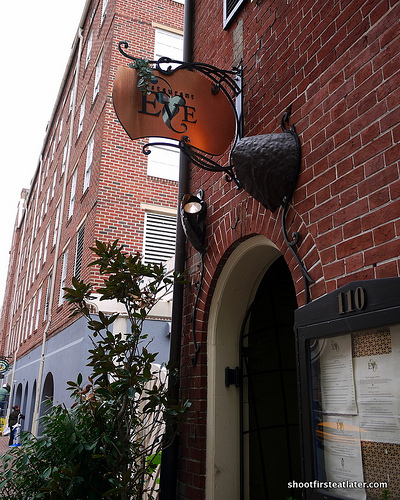 To get to the restaurant’s front door you have to pass through this dark hallway. 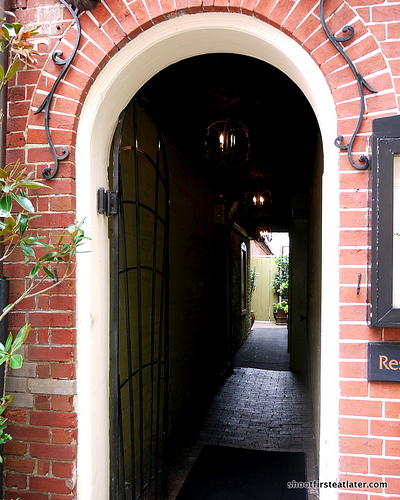 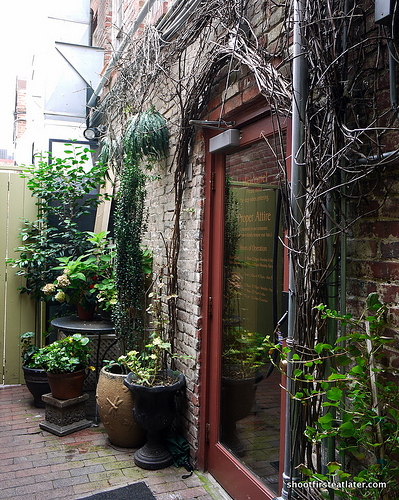 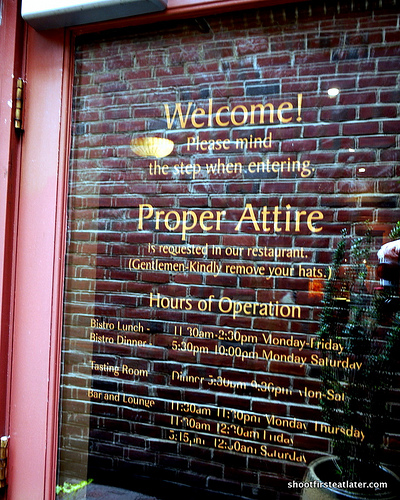 The restaurant had several dining areas namely, “The Chef’s Tasting Room” and “The Bistro.” The first offered an expensive degustation menu while the latter featured upscale food choices.

We had lunch at The Lounge where the had the famous Lickity Split menu. 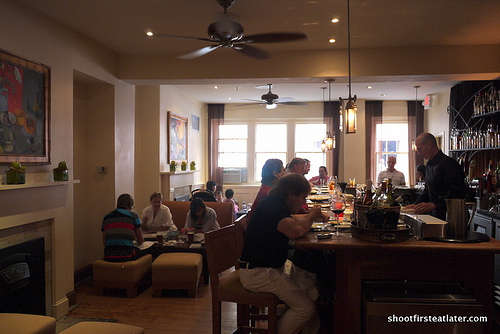 The Lickity Split Lounge lunch menu gave diners the option to choose from any two items in the menu for a grand total of $14.98. You can have a cocktail and a sandwich, soup and salad, salad and desseert. Any combination you want. 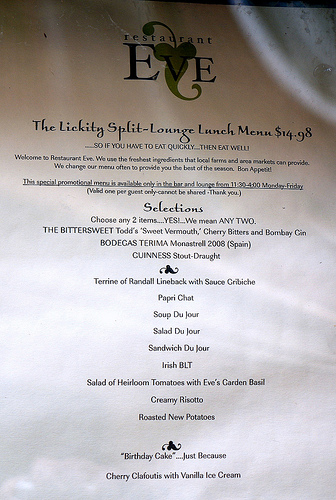 Since the co-owner and chef, Cathal Armstrong is Irish the restaurant used Kerry Gold Irish butter. My friend told me that Kerry Gold butter is richer, creamier and much better than regular American butter. One taste and I agreed with him wholeheartedly. The butter had just the right touch of salt and lots and lots of flavor. 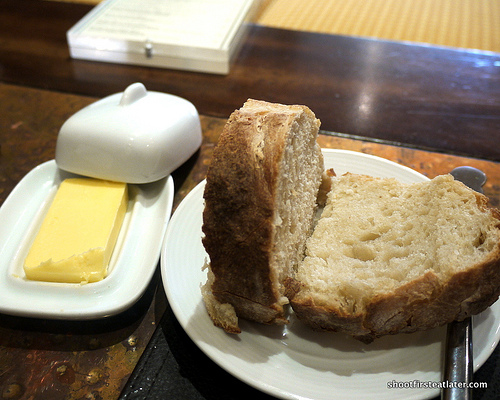 My cousin La chose the soup and salad of the day which was highly recommended by our server. The cubanelle pepper soup was very flavorful and used a lot of Indian spices. 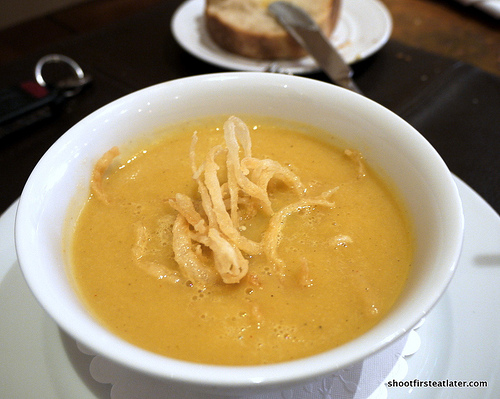 The salad of the day was fresh greens with sliced fennel and perfectly pan fried fish which was crisp on the outside and tender and flaky on the inside. 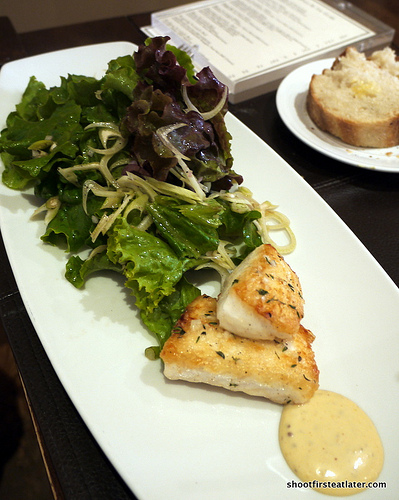 I chose two main courses which in my opinion was the best bang fro my buck. Thankfully the creamy risotto was just the right size. The risotto was made with chanterelle purée and Parmesan cheese. 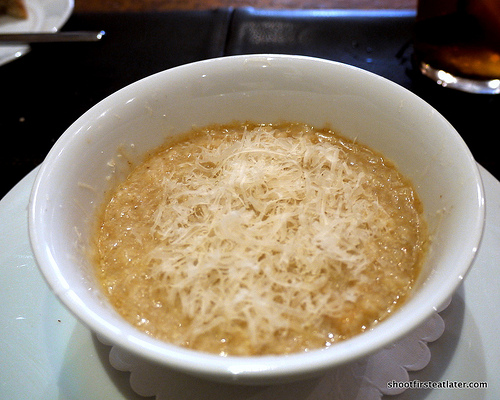 The rice was perfectly al dente and the taste made me weep. I could taste the smoky saltiness of the cheese, the earthy flavors of the mushroom and the lasting flavor of rich butter. Magnificent!

My second course was the Irish BLT sandwich. 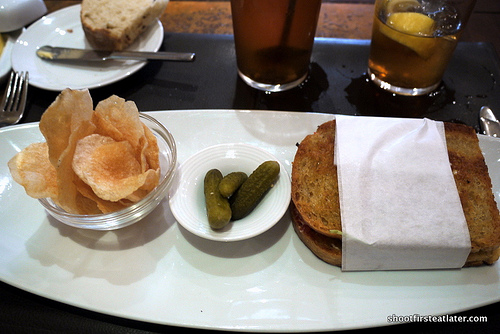 The Irish bacon was not your typical thin, crisp and fatty bacon. This bacon was made from pork loin and it was thick and slightly salty. It had a velvety texture that reminded me of liver. Together with the tomato relish and arugula mesclun it made for one terrific sandwich. 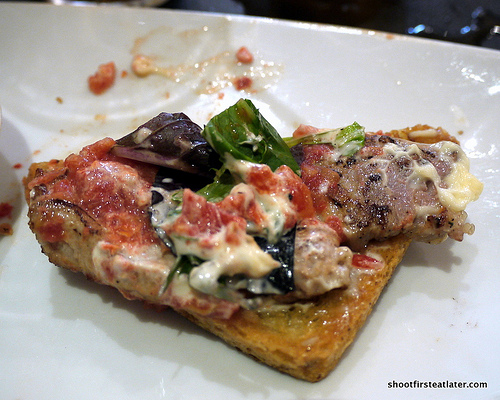 My only complaint was the bread. It was hard and fried in butter. It was too greasy with all the mayonnaise in the filling. I transferred all the filling to the plain French bread and that’s when the flavor of the bacon revealed itself. The original oily bread was too distracting for the filling. 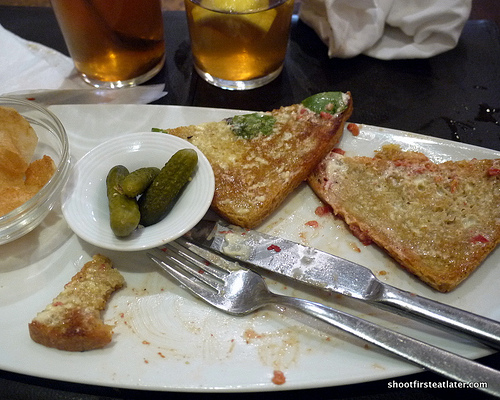 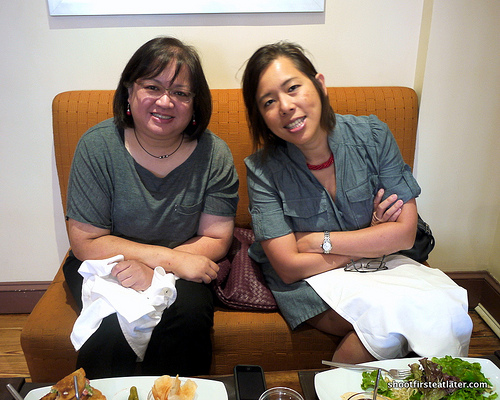 After lunch we took a walk around Old Town, Alexandria and admired the architecture. 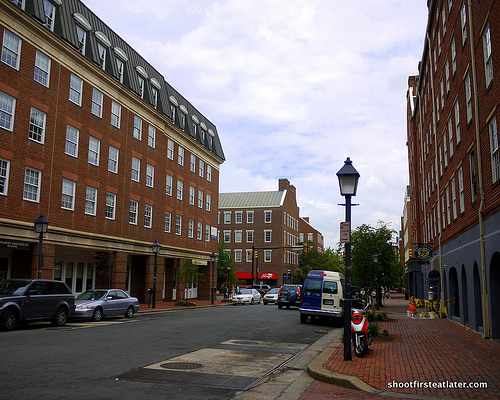 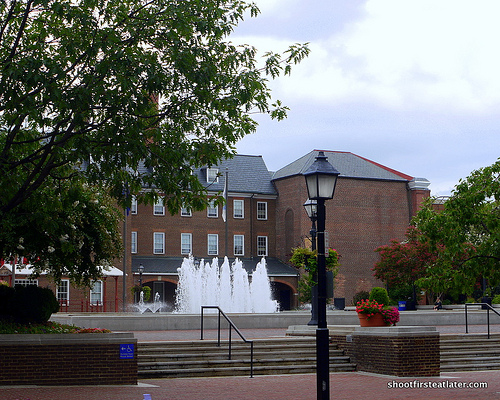 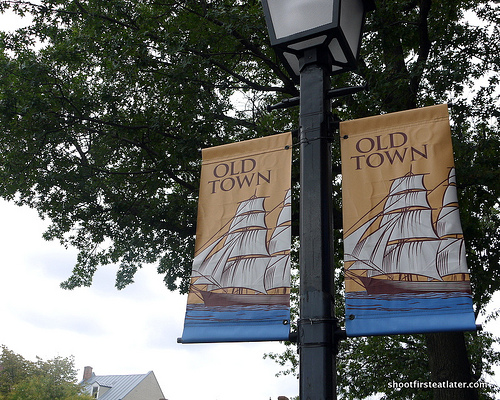 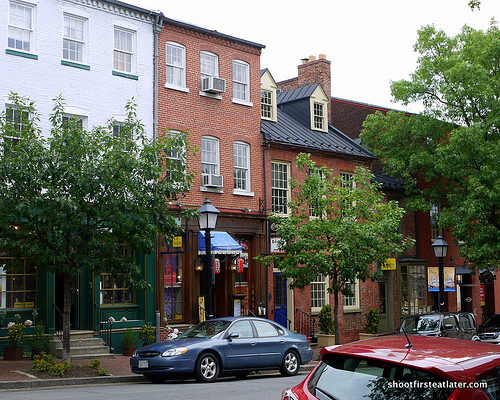 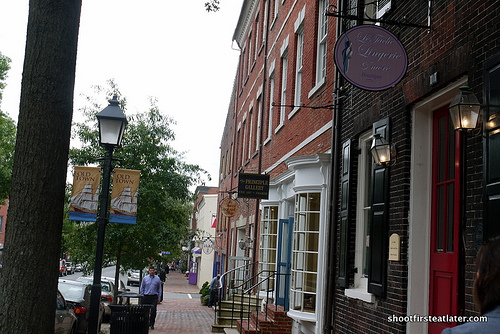 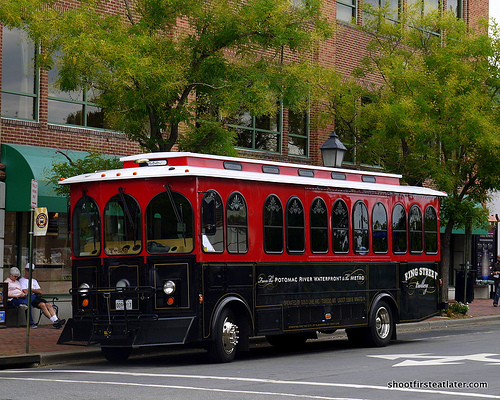 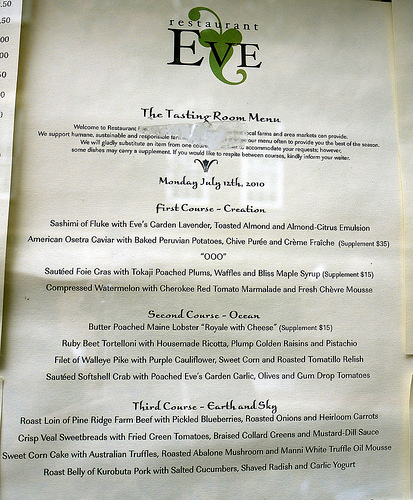 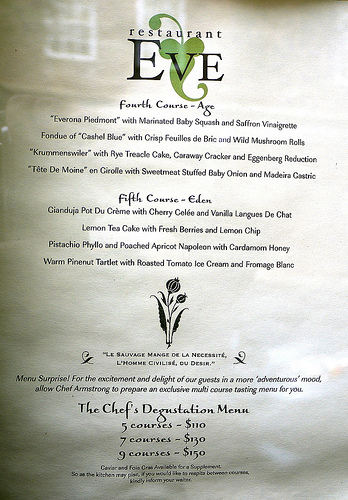 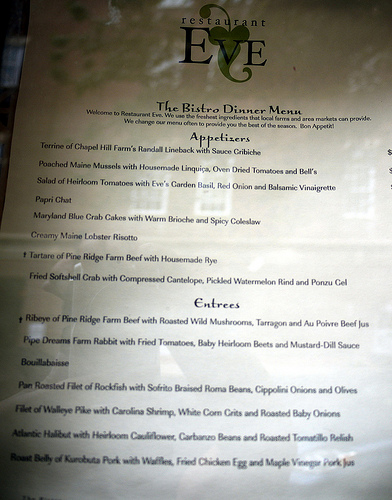 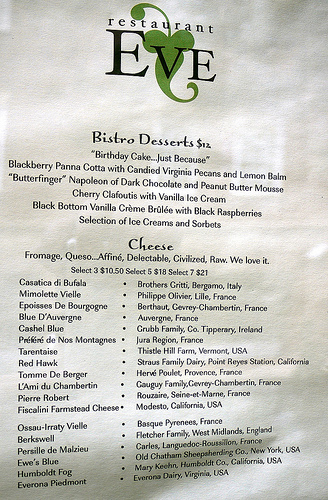 The Bistro’s desserts and cheese

The Lickity Split menu was really a great deal. One day I hope to try the food at The Bistro and maybe, just maybe the 5 course degustation menu at The Tasting Room.

One thought on “Lunch at Restaurant Eve”