It’s our last full day in Singapore. The food in the breakfast buffet changes daily. This is what my plate looked like today. The braised mushrooms and waffle were good.

This was my favorite from the buffet and I had it everyday. Their bircher muesli was very, very good because they ground the oats finely before adding yogurt. I added the fruits on top.

We went shopping at Wisma Atria mall and had lunch at their food court called Food Republic. The whole place was packed to the rafters. While waiting for a table I walked around trying to decide what to eat. I came across Thye Hong which had a long queue. It was the only store which had a long line of people patiently waiting to order food. These pictures were taken with Rochelle’s Canon Ixus 65.

I saw the cook making a huge batch of noodles. I decided to fall in line too. I figured it must be good. When the noodles were finished the line moved fast.

Everyone in the line bought Fried Prawn Mee otherwise known as Hokkien Mee. By the time it was my turn the noodles were all gone. That meant another long wait. There were only 2 other things on the menu – char kway teow and oyster omelette. The lady at the counter was shouting if there’s anyone who was ordering the kway teow or oysters they can go straight to the counter. And so I did. I love char kway teow and really wanted to order that in the first place but I was also curious about the Hokkien mee.

I took a picture of the last order of that batch of Hokkien mee.

Hokkien mee
This is my order of char kwey teow. It’s the best char kwey teow I’ve ever eaten in my life. This was the best meal I had in Singapore. To this day I dream of eating it again. I hope they open a branch in Hong Kong. Dare I dream they open in Manila?

It was the perfect combination of the sauce, noodles and filling that made this dish so good. It was a bit salty, sweet, spicy. It wasn’t greasy either. I ordered the small size and it was a lot but I finished it.

char kwey teow
For dinner we went to Tanglin mall right next to our hotel. There’s a passage way from the 2nd floor of Traders Hotel to Tanglin mall. We had a simple dinner at the food court. 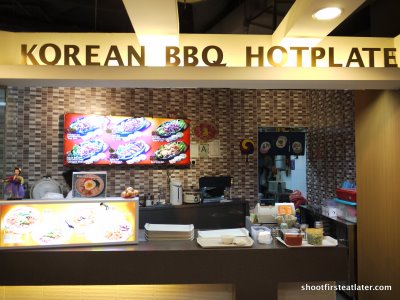 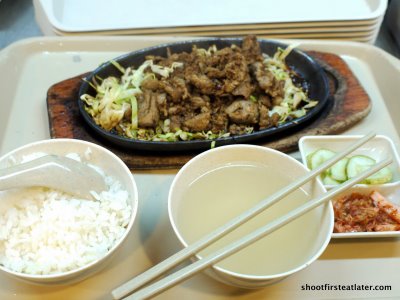 served on a sizzling plate
I really admire the Singapore government’s campaign against smoking. I took these pictures from a store in Tanglin Mall. The very graphic packaging depicting cancer of the mouth and other diseases relating to smoking are very shocking. I can’t believe anyone would still smoke after seeing these images. The prices of the cigarettes are also 10 times more than in Manila. If these 2 factors aren’t enough of a deterrent I don’t know what else will work. I wish our government would follow this move. 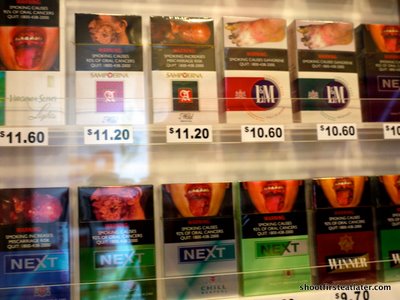