After visiting Newseum I walked to the restaurant my cousin Sharon chose for us to have lunch at.

Sharon told me I could take the bus or the Metro but I decided to walk the 14 blocks from 6th St. to 20th St. It didn’t look that far from Google maps which said I would get there in 35-38 minutes. I took much longer than that with detours to Macy’s, Banana Republic and a few other stores. I did get some to take pictures in front of the White House so the walk was worth it. 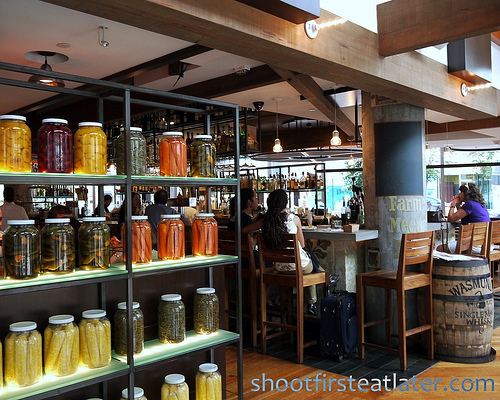 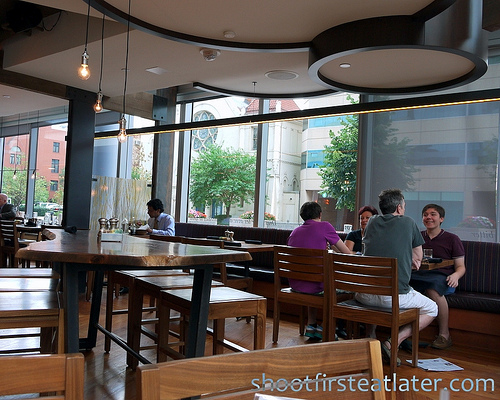 I liked the clouds in the ceiling.

The best thing I had for lunch was the superb skillet cornbread with honey butter and sea salt. It was so unlike the typical dry and coarse cornbread. This was smooth, moist, tender with lots of corn kernels. It tasted like corn pound cake. I literally closed my eyes when I ate it. Heavenly!

There were so many things on the menu that I wanted to order but in the end I chose the fried chicken. It was mostly the mac n cheese and the waffles that enticed me. I was also hoping the fried chicken would be as good as the one I had at Central Michel Richard.

Unfortunately the chicken breast was dry and overcooked.  The kale was good, the mac n cheese just satisfactory. The waffles were the best part of the meal. They were light and crisp. It was the only thing I finished. The rest went into a doggy bag. 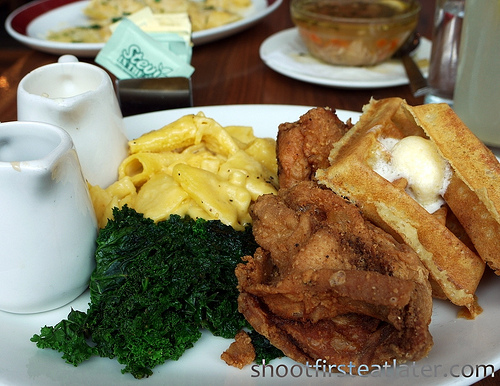 Sha said this was the only place she orders tomato soup. It’s her favorite and she never fails to order it every time she goes to Founding Farmers.

I guess the prime rib sandwich was to her liking since she finished it all.

My other cousin La also loved both her soup and pasta dish.

We weren’t planning to order dessert but our server raved over the red velvet cake which she claimed was even better than the one at Georgetown Cupcake.

The cake was good but not better than Georgetown Cupcake’s red velvet cupcake. But the cream cheese frosting was the best we’ve ever eaten. It had a very distinct cream cheese flavor and not too much confectioner’s sugar. The vanilla bean ice cream was superb too. 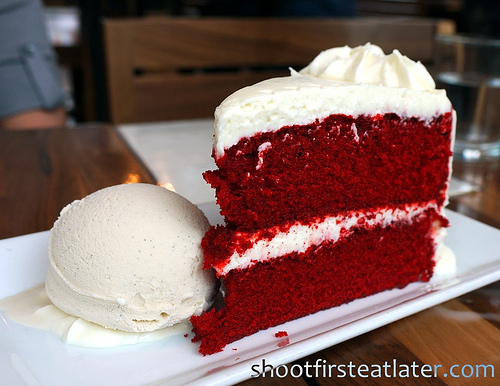 One thought on “Lunch at Founding Farmers”