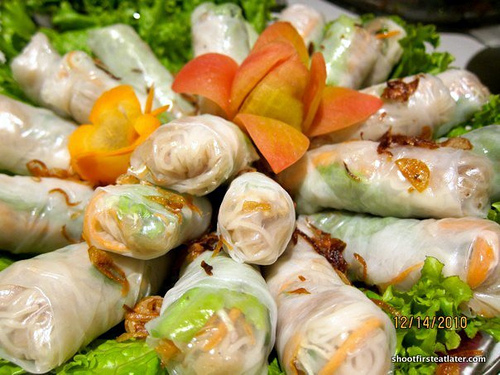 It’s only fitting that my last post for the year 2010 be about good food, fabulous friends and a happy, happy night.

A couple of weeks into December we decided to have an early Christmas party among friends and celebrate Pat’s birthday at the same time. It turned out great because Pat paid for dinner which we all enjoyed.

Janet suggested we have a Thai meal catered by Chef Tum aka Rowena Tindoy, a Thai chef residing in the Philippines. Chef Tum brought 2 assistants and all the materials and ingredients and cooked up a storm in Deb’s kitchen. 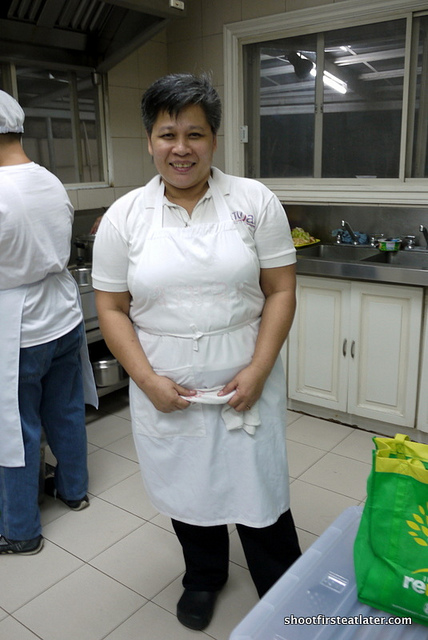 For P650 or US$15 per head with a minimum of 20 pax Chef Tum will go to your house and prepare a spread fit for really, really hungry women with voracious appetites. 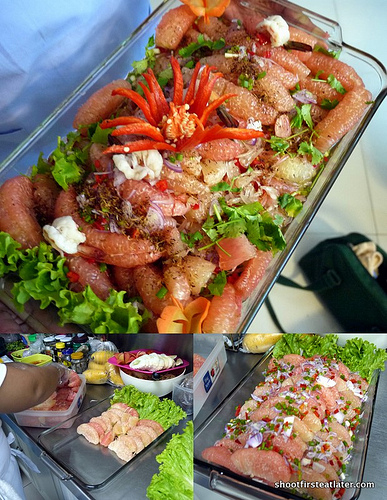 Here’s our Thai feast. Some were better than the others but as a whole everything was great! 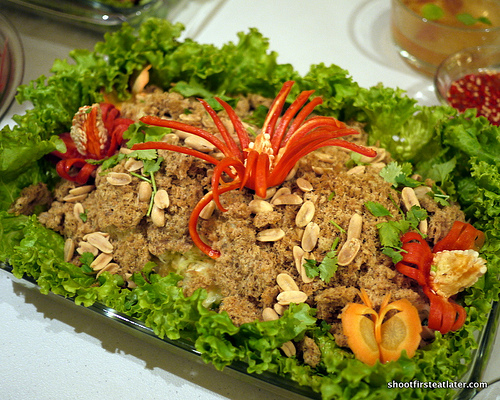 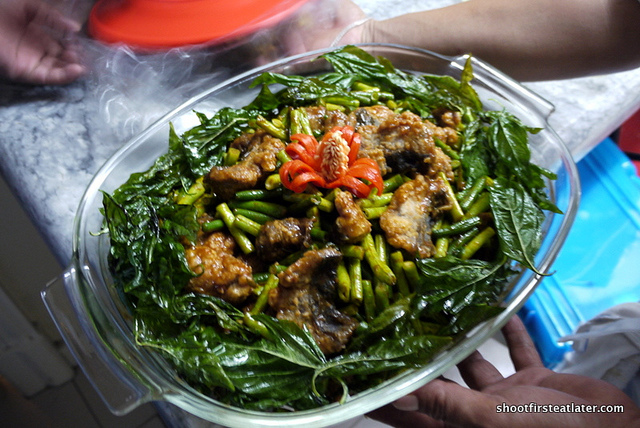 Two kinds of drinks were also included. There was also Thai halo halo and mangoes with sticky rice for dessert but no one remembered to take pictures of those. We were all too preoccupied scarfing down the yummy food.

The best part of the night was the Pinoy Henyo (Filipino Genius) game we played. This game was popularized by Eat Bulaga, a local noontime show in Manila. We formed two groups and one person placed the mystery word on her forehead and her team mates had one minute to guess the word.

The person with the mystery word had to ask questions that the team mates can only answer with a yes, no or maybe. For example the word spaghetti: is it a person, place, thing, food? no, no, no and yes. Food? breakfast, main course, dessert? On and on until the mystery word is guessed. All in two minutes.

If you don’t ask the right questions your team mates will never guess the word. It was so hilarious! Some were calm, collected and methodical in asking questions. While some threw out questions without rhyme or reason. 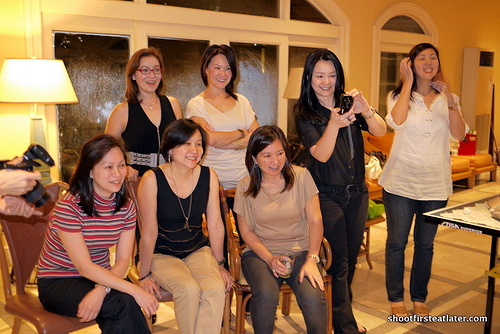 the team mates can only answer yes, no or maybe

After that we played the ‘white elephant’ game. Deb asked all of us to bring 3 gifts that we didn’t want or had extra lying around and to wrap them in newspaper. With a deck of cards she laid down a card representing each person around the table. Whoever gets a jack, queen, king or ace will get to choose 1, 2, 3 or 4 gifts from the center of the table.

The person then unwraps the gift. The succeeding winners will get a chance to choose new gifts or steal anybody’s gift. It was so much fun stealing the same gift from one person over and over again. The coffee maker which I really wanted got ‘stolen’ from me twice and I got to ‘steal’ it back again until it eventually went to someone else. 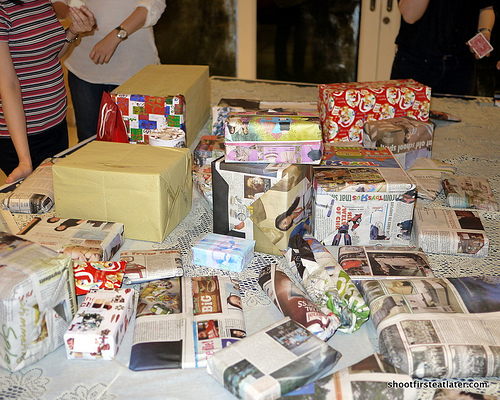 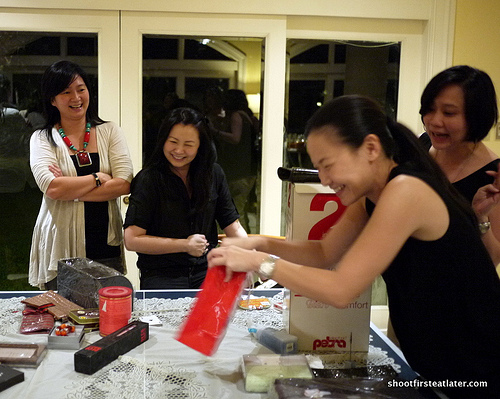 Thanks birthday girl Pattie for the wonderful Thai dinner. We had so much leftovers that everyone had food to bring home at the end of the night. 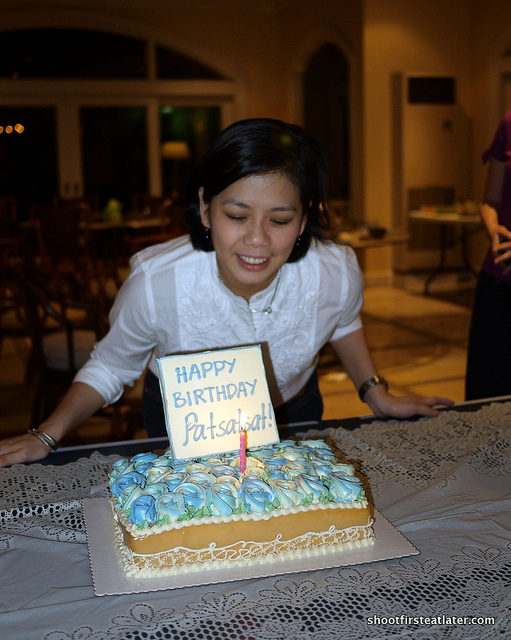 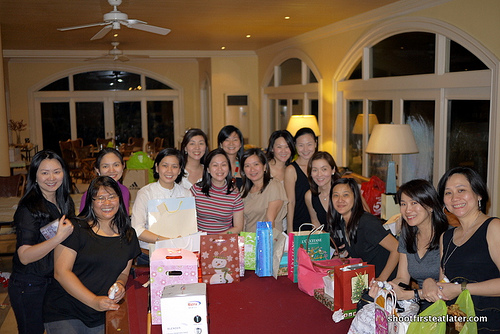 It was truly a silly and super happy party. We never had so much laughter and fun in one night. Happy New Year to all my friends and readers! To a wonderful year ahead of us. Cheers!!!